Demissew became the Chief Advisor of Camara Ethiopia in 2011, and prior to this, was instrumental in Camara’s establishment in Ethiopia. He worked for the Ministry of Education for over 38 years, mostly within the Educational Media Agency (EMA), as a radio producer, head of the radio panel, a television producer, and then head of television in 1978. Demissew joined Cornell University to study an MSc in Communications and returned to Ethiopia becoming Head of the EMA in 1993, retiring after 17 years to join Camara Education Ethiopia. Demissew served as Chief Advisor to Camara Education Ethiopia until 2017. Demissew sadly passed away in January and here follows an obituary written by Camara Education’s CEO, John Fitzsimons.

I woke up on the 12th of January and checked my phone to uncover some very sad news. The message from my colleague in Ethiopia, Yared Ayele, was short and sweet; “Demissew passed away early this morning”. My heart sank. Minutes later I was called into my five year old son’s room as he awoke. I nearly tripped up on a t-shirt on the floor outside. It was a blue t-shirt with a picture of Lalibela, the famous Ethiopian location; a gift from the wonderful Demissew. I went down to make breakfast, opened up the presses where the cups and mugs are kept and found a selection of Ethiopian cups to choose from. All gifts from one of the most generous and kind people I have ever met; Demissew Bekele. Despite earning a relatively meagre salary from Camara Ethiopia, Demissew used all means possible to share kindness in the world. 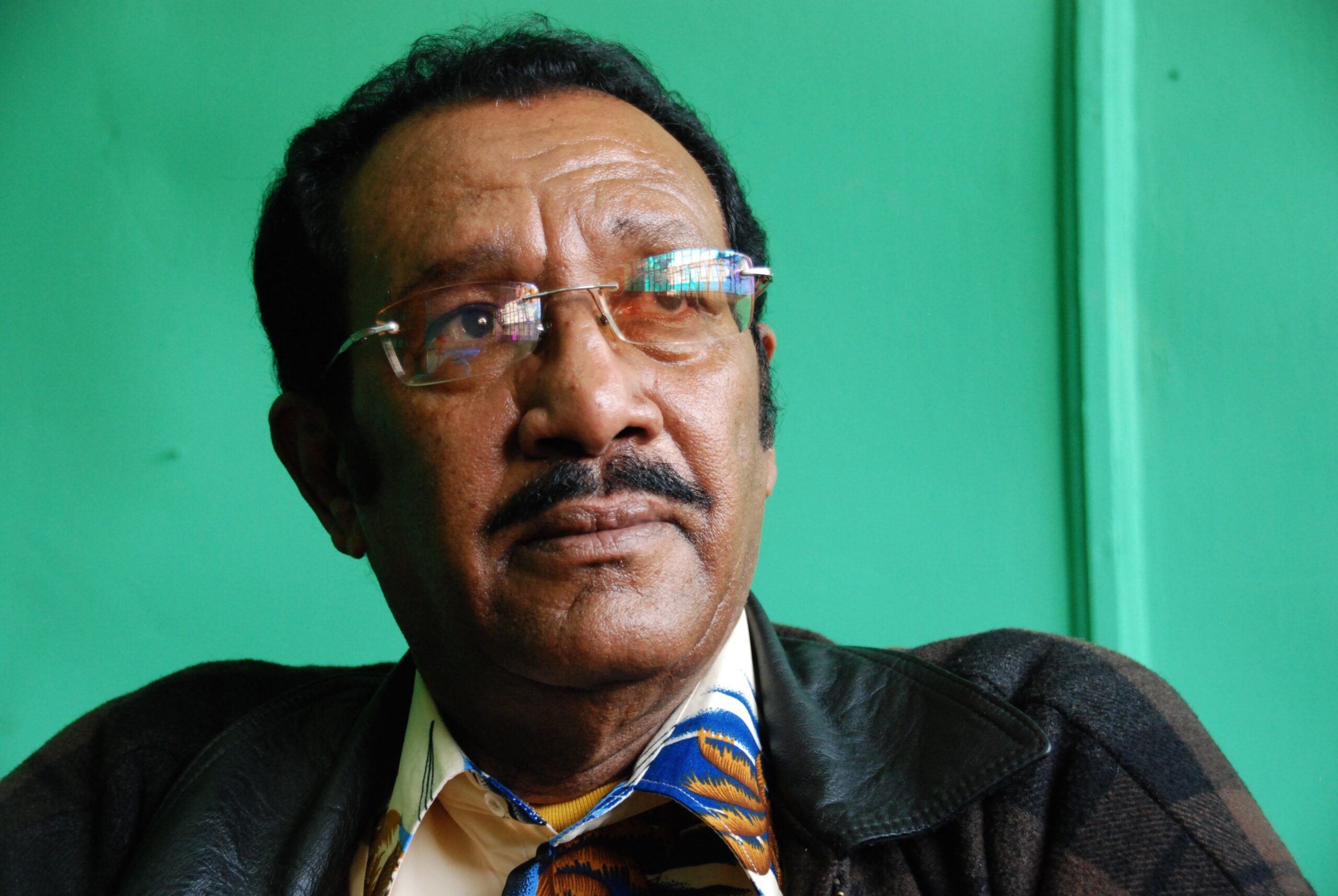 When I first met Demissew in Ethiopia, despite our very different backgrounds, I knew I met a kindred spirit. Like myself he was very passionate about giving children the opportunity they deserve and specifically technology’s role in education. I also quickly discovered that he possessed an Irish-esque talent for poetry. For every visit and every occasion there was a wonderful poem from Demissew. His highlight was when one of his poems about the work of Camara was published in the national newspaper in Ethiopia: 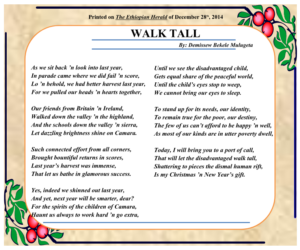 One thing I am delighted that Demissew did get to do was to visit Ireland. When he visited the Camara workshop in Dublin and meet the volunteers refurbishing computers, he was literally brought to tears. He was completely bowled over witnessing Irish people giving their time, even sweeping the floor, for the benefit of children in his own country. He insisted on thanking each volunteer personally. As part of his visit I got to bring Demissew on a day trip to Glendalough, County Wicklow with my young children. We had a wonderful day out and it was lovely seeing my children playing and bonding with this amazing human being. Both clearly made an impression on Demissew as they were renamed “Jack the Ethiopian” and “Ella my Mother”! He later explained the naming: “Jack, the Ethiopian is strong, can withstand any falls and my mother Ella, who never accepts dependency, are life examples to be strong enough to be independent. The two together need each other to be strong and independent… a lesson for all of us.” A poem of course also ensued: 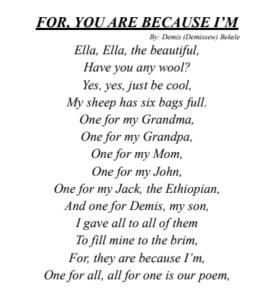 On that morning recently, when I told my kids that Demissew had passed away, they started to cry. Such was the impact this man had on them that they felt so sad with the loss. Demissew was like that; no matter what colour, creed or age, he had a profound impact on us all. Life is not about the destination but those you meet along the way.

The greatest way we can mark Demissew’s life is to follow through and deliver on his desires; ensuring each child everywhere has a world-class education.