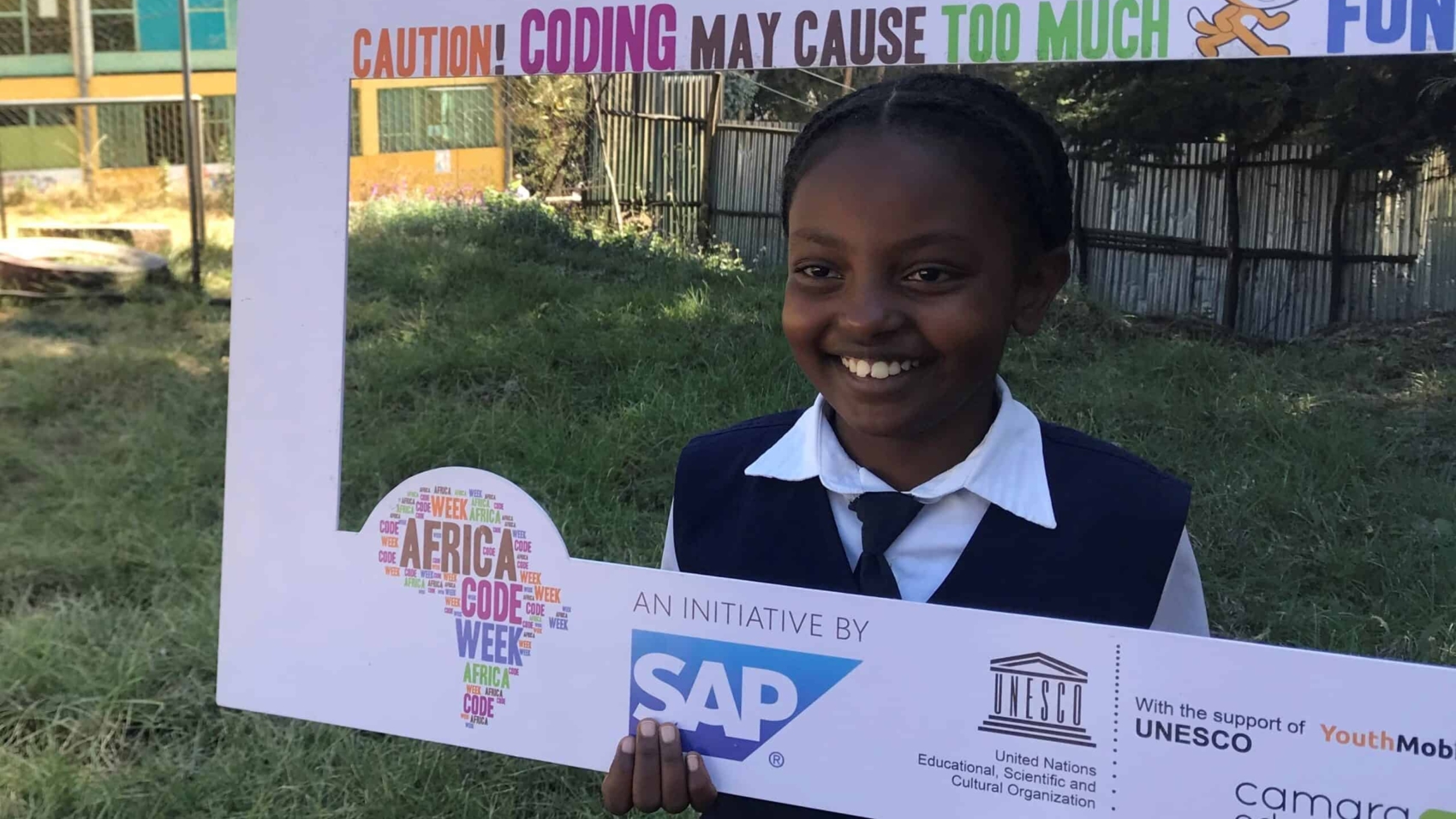 Ten-year-old Soliyana, from Ethiopia, has won the Africa Code Week contest against competition from much older students across the continent. Camara Ethiopia partnered with Africa Code Week to deliver training to schools and to publicise the initiative and recruit participants. The aim is to empower Africa’s young generation by teaching the coding skills they need in order to thrive in the 21st century. The competition brings together hundreds of schools, teachers, governments, and non-profits from all across Africa to bridge the digital and gender skills gap.

Competitors had to programme and produce a game, and submit a two-minute YouTube video presenting and demonstrating it. All the Ethiopian participants had coding training from Camara Ethiopia, and the 2nd and 3rd placed competitors both went to schools that have computers supplied by Camara. You can see Soliyana talking about her game here, and demonstrating it here.