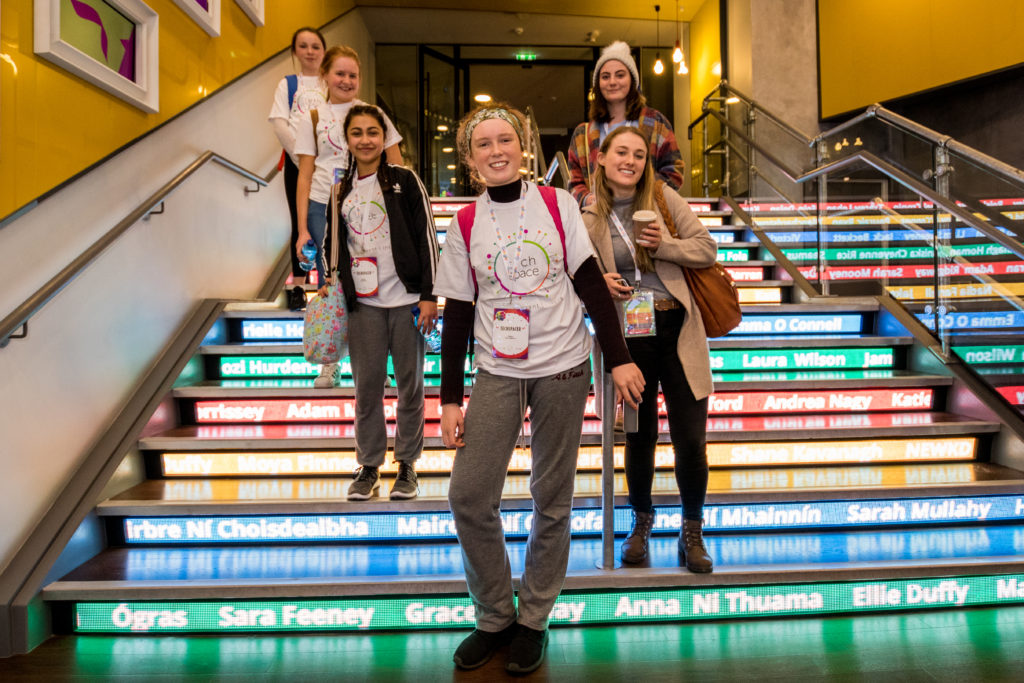 National showcase and awards with over 300 young people recognised for their achievements in STEM and Digital Media with a performance by Delorentos.

Creative Tech Fest will play host to 300 young people from youth clubs and schools from all over Ireland as they gather in Google’s state of the art venue, The Foundry, to celebrate their passion for creative and STEM technologies.

Now in it’s fifth year, Creative Tech Fest showcases young people’s achievements in digital media, music, 3D Design, na méain Gaeilge as well as inventive Science, Technology, Engineering, Arts and Maths (STEAM) activities.Young people will be at the heart of all the action as they exhibit their own work and take part in interactive workshops – all while being inspired by guest speakers and live performances.

The line up this year includes Eleanor Mannion, multimedia journalist, on the advances in mobile journalism, Sue McGrath from Science2Life and an intimate live performance by Delorentos. A diverse selection of workshops from Google, the Science Gallery and Fíbín, to name but a few, offer young people the opportunity to experience the creative industries first hand.

Eleanor Mannion, speaking ahead of the event said; “I am so excited to speak at Creative Tech Fest especially because I get to meet the next generation of creators, inventors and innovators. Our young people are so inspiring and I know I will learn as much, if not more from them, then they will from me.”

Ciara Beth, a youth participant and one of this year’s co-hosts from Foróige Galway City Youth Café says “TechSpace is a safe space, where I’m free to create media that represents my thoughts and opinions. I’m thrilled to be one of the co-hosts for this years Creative Tech Fest. I’ve attended Tech Test before and the standard of work is always amazing. I can’t wait to see what this year has in store for us!!

For the first time this year, young people who are involved in the ambitious new ‘STEM in Youth Work Maker Project’ will have the opportunity to celebrate and showcase their STEM skills at the Creative Tech Fest. The STEM in Youth Work Maker Project, a joining of forces between the National Youth Council of Ireland and Camara Education Ireland, funded by the Science Foundation of Ireland will feature prominently as part of the Creative Tech Fest programme by inspiring the young people to create and invent with confidence and curiosity, and increase engagement in Science, Technology, Engineering and Maths (STEM).

Clár TechSpace, continuing its success and now in it’s second year, will have a strong presence at the event this year with opportunities for young people to take part in Irish language workshops and exhibitions. Young people’s creative technology projects in the Irish language will also feature with support from the Department of Culture, Heritage and the Gaeltacht.

“Science Foundation Ireland is pleased to support Creative Tech Fest, as it is great event to showcase young people’s passion, creativity and achievements in digital media, music, 3D design and many more areas of technology. It is through events like this that we introduce young people to the wide-ranging opportunities in the Tech sector and encourage them to consider future careers in STEM.  I want to congratulate all of the young people who participated and the organisers on a fantastic event.”

“The National Youth Council of Ireland is delighted to be involved in this exciting celebration of youth workers and young people who have been taking part in the STEM in Youth Work Maker project. Through the project 112 youth workers have been trained and an estimated 2,000 young people have now had the chance to learn STEM in new and really fun ways, outside of school! We are particularly pleased that young people who previously may have been considered as being less likely to engage with STEM or take up further education and careers in STEM are being reached through this project.”

“ESB is delighted to support TechSpace. Here at the Creative Tech Fest, we see the next generation of creators, innovators and problem solvers in action, showcasing the skills that will drive Ireland’s future economy and society. This is a day to celebrate their achievements and fire their imaginations.”