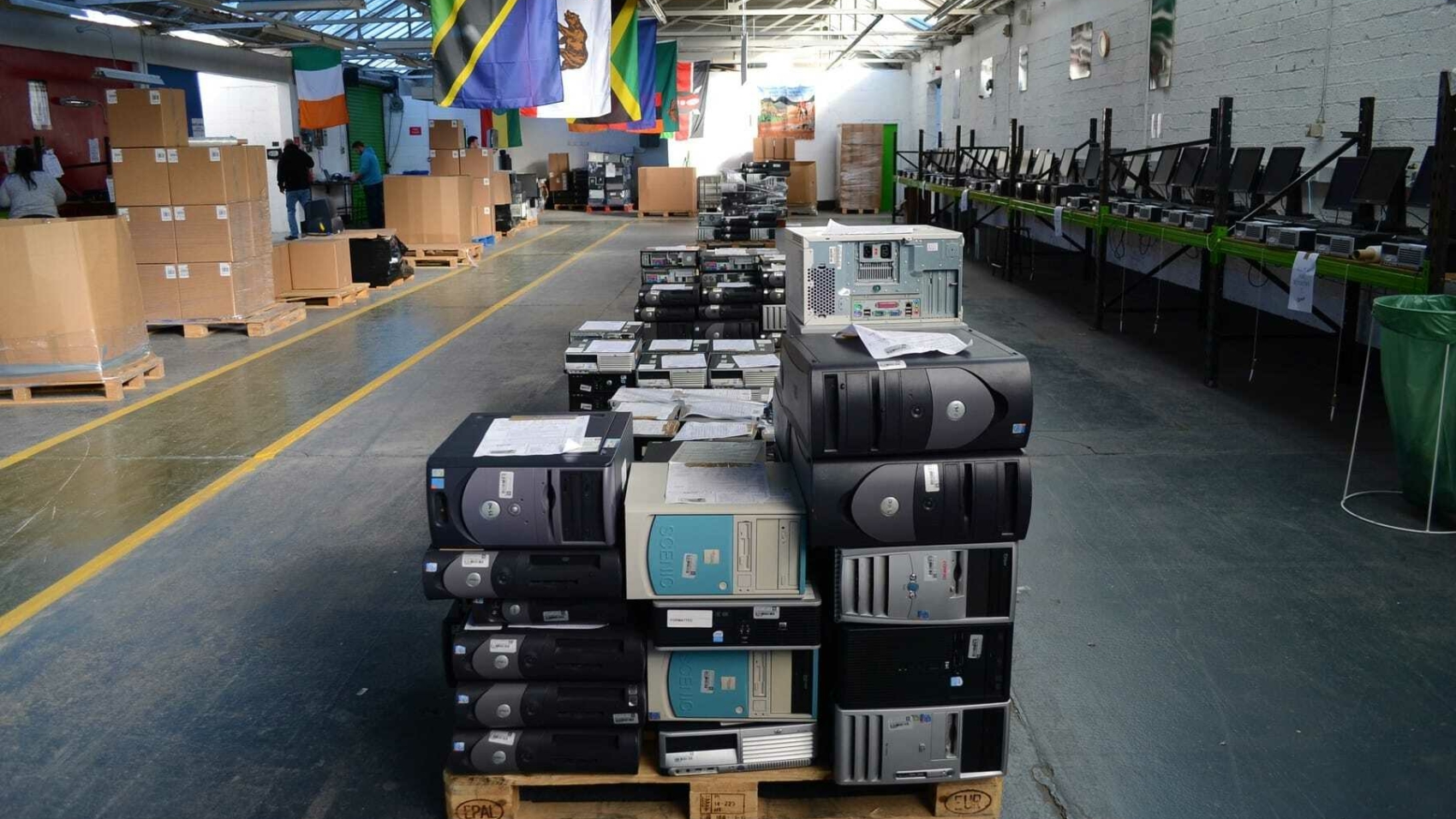 14th October marks the second international e-Waste Day to promote the correct disposal of e-waste around the world.

50 million tonnes of e-waste were generated globally in 2018, with half of this waste being devices such as computers, monitors, smartphones, tablets and TVs. Astonishingly, only around 20 per cent is ever formally recycled. This means 40 million tonnes of e-waste are either placed in landfill, burned or illegally traded resulting in serious health and environmental issues and the loss of critical materials.

Camara Education offers a great solution to this problem. We refurbish old desktops & laptops for reuse in education.

With a computer’s lifespan shorter than ever due to new software constantly demanding upgraded machines, computers and laptops are disposed of way before their due date despite still being in working order. By giving your used computer to Camara they get a second lease of life. This technology can be reused in classrooms in Africa and Ireland to provide a better education to the students there.

If you work for an organisation that has computers for disposal please email computers@camara.org to start the donation process.